If given the choice between walking safely into a shopping mall and running wildly into an active minefield, I would immediately choose the latter. After all, stepping onto a land mine would likely incur a quick and instant death, as opposed to the slow and barbaric agony of retail hell. Alas, when it comes to wedding shopping, these hubs of human horror simply cannot be avoided, and so, one must be adequately prepared with either a box of cyanide pills, or a place to eat.

Housed within Green Street’s satanic East Shopping Centre, the generically-named “Route 58 Diner” seems like the kind of run-of-the-mill burger restaurant that would make even the most relaxed burger enthusiast raise a doubtful eyebrow. For stern cynics like myself, this holds doubly true, but after being bruised and battered by a whole TWO HOURS of physical shopping, it suddenly began to look like an escape room of hope and salvation.

The menu – (which is strangely cartoony), features a selection of “American-style” burgers, hot dogs, and steaks. The “58 Styles” sits boastfully as the largest burger on the list, with two 5oz Angus beef patties, grilled onions, onion rings, dill pickle, glazed turkey rashers, and both cheddar and American cheese. Though cooked through to a definitive medium-well, the loose patties remained juicy and tender, and fell apart in a rather pleasing fashion. The soft brioche buns immediately soaked up the juices and meshed together with the melted cheese, but alas, the greasy onion rings and fairly lacklustre turkey rashers somewhat dampened the textural experience. Though it was by no means a show-stopping burger, it remained reasonably satisfying overall. 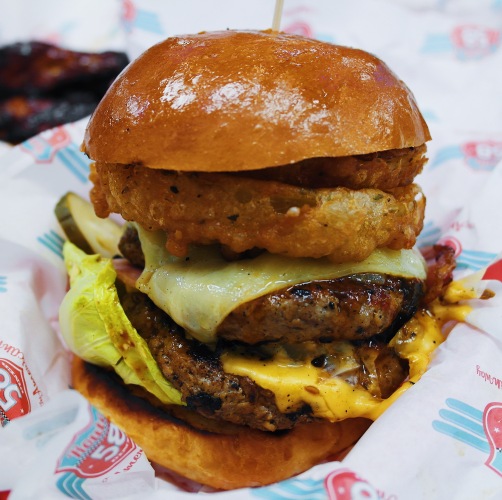 The Blues Burger – composed of a 6oz Angus patty and a “hint of blue cheese”, very much followed suit. The loosely-packed medium-well patty remained juicy and reasonably flavourful, whilst the combination of sauce and blue cheese did well to elevate its depth and richness. However, the onion ring here was again incredibly greasy, and I’d probably advise requesting them to be left out of your order altogether. 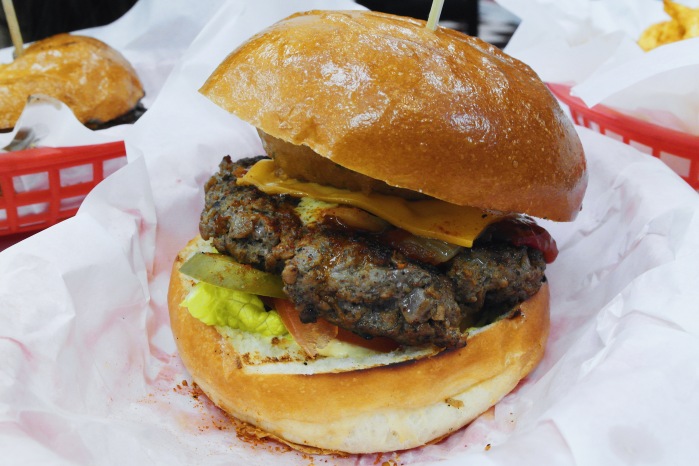 By contrast, the classic burger – composed of nothing more than dill pickle, grilled onions, and American cheese, seemed to pack less of a punch, but this was likely due to the fact that we tucked into it immediately after the Blues burger. Once again, the combination of a loose, juicy patty, and a soft, fluffy brioche bun ensured that this was a simple, but satisfying bite. 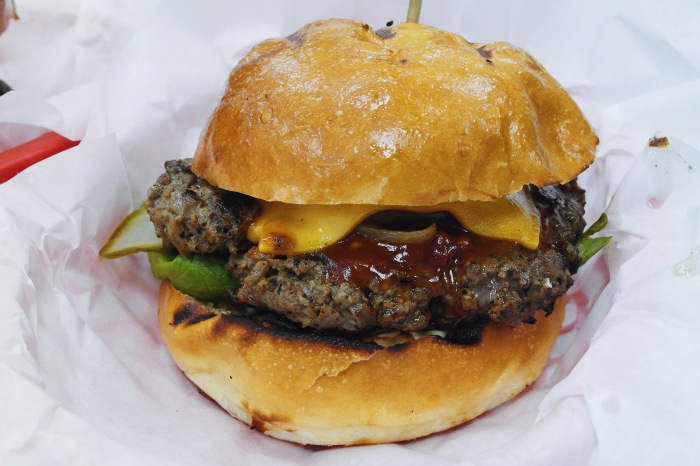 We also ordered a portion of sticky BBQ wings, which were sweet, rich, and instantly fell off the bone. The fries on the other hand were incredibly mediocre, and I would strongly advise ordering some other form of side instead. 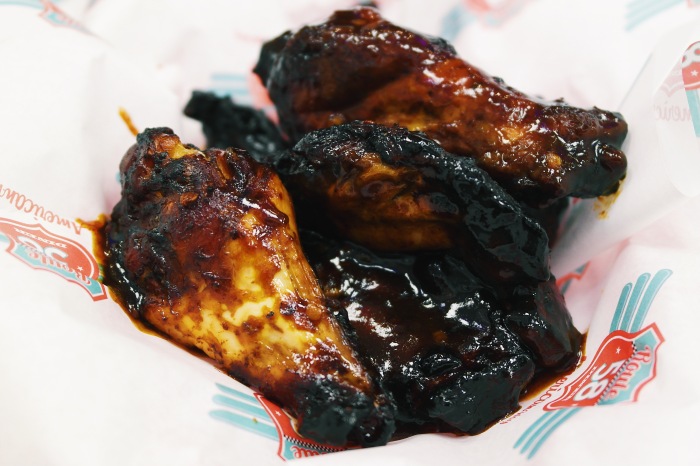 Generally, burgers range from £6 to £11, whilst sides cost between £2 to £5, and you can expect to pay approximately £20-£25 for a meal for two. This is certainly reasonable, but given that the nearby Fat Boyz Diner serves a slightly higher calibre of food for a similar (and in some cases lower) set of prices, it must be said that a meal at Route 58 isn’t quite as cheap and cheerful as it would otherwise seem.

When it comes to service, you will probably find that the staff at Route 58 go above and beyond the level of hospitality expected of them. The waiters and waitresses are both incredibly friendly and incredibly attentive, and ensure that you are well-looked after from the moment you step in, to the moment you leave.

As one would expect from a restaurant with a “diner” designation, the decor is as loud and as colourful as the speech of a redneck hillbilly. The collection of booths and chairs are smothered in a combination of teal and white, whilst a retro kitchen lino screams up at you like an angry mother from 1995. The effort is certainly commendable, if not a little excessive. Route 58 can be found on the second floor of the East Shopping Centre – a ten minute walk away from Upton Park station, and a couple of streets away from the Shaftesbury Road car park.

From concept to execution, Route 58 is far from a dazzling spectacle. The food is satiating, but simplistic, and there isn’t much reason to battle the mobs of Green Street solely to pay them a visit. But, if you’re going to be haggling on Green Street anyway, or you’ve already received a black eye and a broken nose from doing so, a quick burger at Route 58 would do well to nurse the trauma.

Halal status: All the meat served here is halal and HMC-approved.