As well as being a well-dressed coffee-connoisseur, (amongst other things), Uncle Cruise has a knack for producing the fattest and fluffiest pancakes you can find on this side of the Atlantic. Pancakes, which are so fluffy in fact, that they simply dissolve on your tongue, and melt away into a soft and buttery ecstasy. Sadly however, like any man in the kitchen, Uncle Cruise never thought about what he was doing – he simply did it. His pancake formulation, until now, has always been completed by eye and judgement, and the task of converting the fluid artistry of his formulation into the cold, hard science of a recipe fell squarely upon my shoulders. Thankfully, I have finally figured them out, and now, you too can enjoy them.

Note: This recipe can be used to make banana pancakes (my favourite), plain American pancakes, or crêpes. (That’s crêpes, not “creps”. Do not put these on your feet. 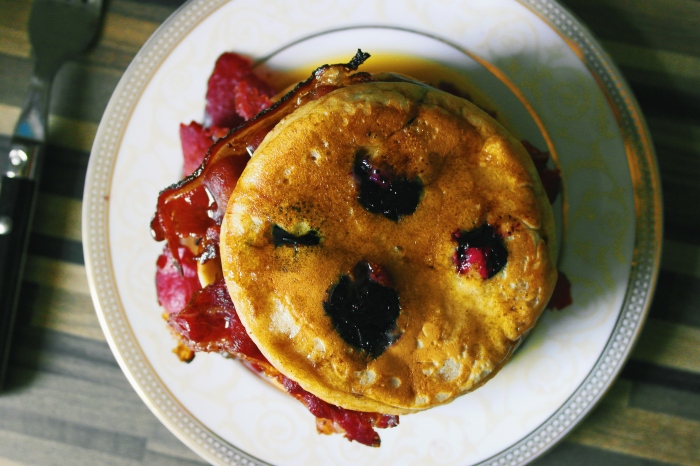 Cooking time (per pancake): Approx. 5 minutes (on a low-to-medium heat)

Serves: 4-5 people. The recipe below produces approximately one litre of batter, which is enough for around 8-10 large American pancakes, or around 20 small ones. You can double or halve the measurements accordingly, but I’d recommend you make a full, single batch the first time round.

Happy pancake-ing and let us know how you get on!