If there’s one thing that captivates my respect, it’s a person who is completely immersed in a particular passion or pastime. Principally because I find it to be an inspiring display of dedication, and I can’t help but admire the energy and enthusiasm that such individuals exude. Then again, it could just be because I enjoy being able to normalise my own obsessive-addictive tendencies – for coffee, formal attire and pulling out teeth. (What? Why are you looking at me like that?).

For years, I had considered myself to be a die-hard, meat-loving carnivore, and it wasn’t until I met Haloodie Foodie that I realised what a true master of meat was. Comparatively, whatever meat-inspired fire I have in my belly, is for Haloodie Foodie, a raging inferno, and if I had to give him a Steak And Teeth nickname, it would undoubtedly be “The Meat Whisperer”. This is a man who rises at the crack of dawn to smoke his own meat, and needs to do nothing more than stare at a slab of beef for it to be cooked to perfection. Heard of Salt Bae? Well, this is his Master Yoda.

You can imagine then, that when Haloodie Foodie announced he would be co-hosting a Texan BBQ Supperclub with Bake Street Cafe, I pretty much threw my debit card at him before he had the chance to offer me some tickets. After weeks of anticipation on our part, and weeks of sourcing, planning and preparing on theirs, (you can tell who had the harder job), the “Fire & Smoke Supplerclub” came to life yesterday evening – and I say, what an evening it was.

The night began with a bowl of smoked chicken wings, which proved to be exceptionally succulent throughout. Each wing was lightly coated in a sweet yet subtle marinade, ensuring that they were pleasantly enhanced, but not overpowered. Conscious of the damage he would be inflicting on our arteries, Haloodie Foodie ensured that a helping of salad was served alongside it, and the herbed croutons embedded within were nothing short of a crunchy delight. All that was missing was a light and zesty dressing, which would have done well to round it off.

Soon enough, we were greeted by the piece de resistance – a generous plate of slow-smoked beef brisket (sourced from Hill Farm Finest), with sourdough toast, beef butter, and a selection of sides that would make even the most sternest of dieticians quiver in fear. The brisket had been smoked over plumwood for just over eighteen hours, and we had each been given a cut of the “point” – a highly marbled and fat-encased section at the top of the brisket, and the “flat” – a lean section at the bottom. The point was undoubtedly my favourite of the two, as the thick and creamy layers of fat had added an exceptionally rich and smokey essence to the beef, and the cut as a whole carried a level of succulence that I had not yet known. The flat, by contrast, did not carry as much moisture or depth of flavour for my liking, but Steak (who has more self-respect for her cardiovascular health), preferred its cleaner texture.

Both cuts remained phenomenally tender, and as they melted away in our mouths, we turned our attention to the crusty sourdough toast. Unsure of what to expect, we generously slathered on our beef butter, and were quickly taken aback by its pleasantly pungent essence of beef. 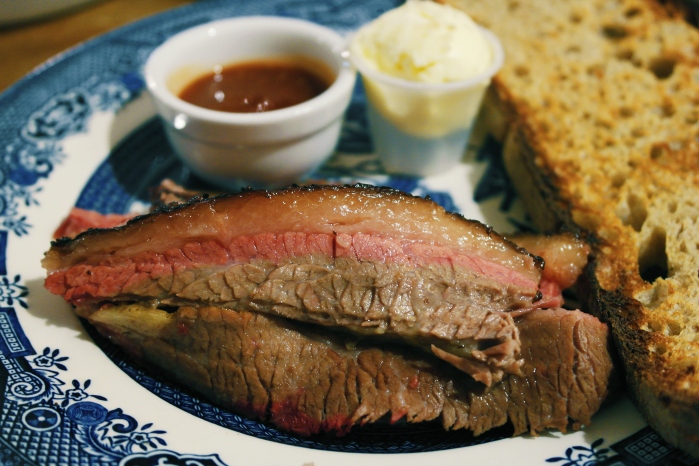 The symphony of flavours and textures continued with the accompanying mac & cheese, which possessed a firm, crispy, and crusty outer layer, and a surprisingly fluid core. Whilst many a mac & cheese has pushed a binge-eater over the edge, Haloodie Foodie’s incarnation retained an impressively light, yet rich flavour, which ensured that we could scoff it up to the very end. 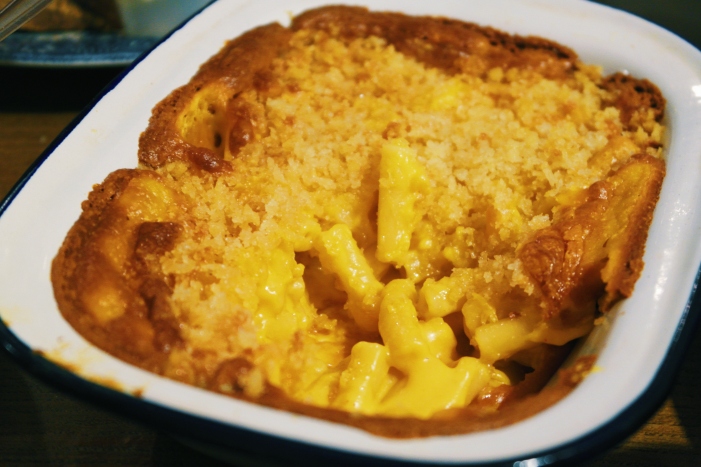 By and large, the best accompaniment of the night was the bowl of smoked lamb neck beans, composed – (funnily enough), of smoked lamb neck, baked beans, and herbed rye bread crumbs. Here, the firm, yet tender lamb neck had released a meaty, smokey essence into the baked beans, creating a beautifully layered set of flavours. Contrasted by the texture of the bread crumbs, it delivered satisfaction with each and every bite.

By this point of the meal, I had begun to wonder whether it would be better for me to take the train home, or to call an emergency air ambulance. The Bake Street team however, decided that it would be much more fun to send me home in a hearse, and so, they served up a red velvet cake and a pecan pie, served with a dollop of smooth vanilla bean cream. 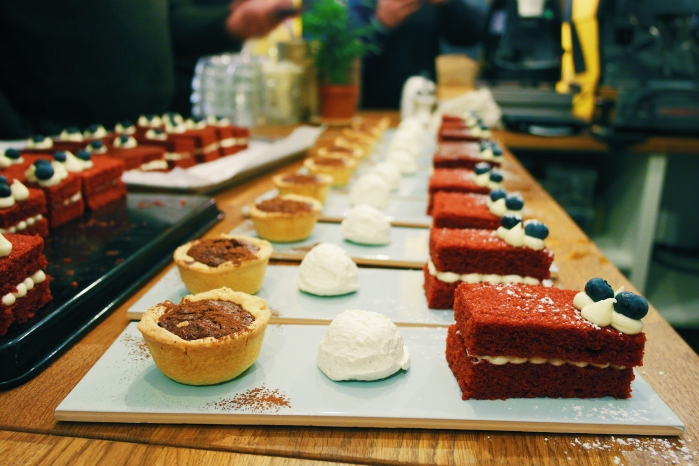 The soft and fluffy red velvet cake was both crumbly and rich, but it was the decadent pecan pie next door that was the truly divine dessert on the plate. Its firm pastry base did well to put up a fight, but when broken away, it revealed a deliciously gooey pecan and chocolate core. As a sucker for pecan pie, I would almost certainly have scoffed up every single one in the room – had I not, at that very moment, felt the angels of death lurking behind me. 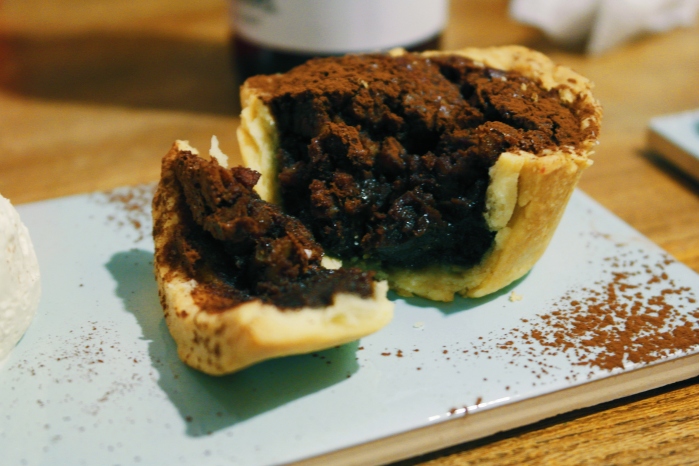 What I had anticipated to be a night of culinary exuberance turned out to be so much more, and I can only raise my espresso cup to the hard work and hospitality of Haloodie Foodie and the Bake Street team. From our perspective, the first rendition of the Fire & Smoke Supperclub was not only a resounding success, but a testament to the skill of its creators. At £35 a ticket, it’s a dining experience that is worth every bit of the love and attention invested into it, and quite frankly, it was one of the most satisfying meals we’ve eaten in a very, very long time.

Note: To register your interest for the next Fire & Smoke Supperclub, email fire.smoke@outlook.com.